Another two snippets showing how deeply research into cannabis etc is twisted: US organisation MAPS has spent ten years challenging the Feds' monopoly on growing cannabis. The Feds have one licensed farm which sells pot to researchers. But, according to MAPS, they sell it only to people researching the potential harms of the weed. As I have pointed out before, anything researched this way would paint a bad picture (eg cars, football, rock fishing), so it's not science, it's junk science.

Our own federally funded National Cannabis Prevention and Research Centre (NCPIC) is on the same mission as the US feds and has the same problem.

MAPS researches the medical uses of currently illicit drugs (which might actually benefit people!), so they can't get any of the Federal pot and want to legally grow their own, hence their ten-year court battle.

That info is in their bulletin #6 on the link. But scroll up to #4 and there's a very interesting story "New Harvard Study Shows No Link Between Ecstasy and Cognitive Damage". Strangely that one has not seen the light of day in the major media, which continue to become less and less relevant to anyone interested in the real world.
Email ThisBlogThis!Share to TwitterShare to FacebookShare to Pinterest
Posted by The Editor at 9:41 am 0 comments

This amazing photo of Christchurch during the recent earthquake is doing the rounds on the internet. (I wish people would credit the photographer.) The shot reminds me of a Turner painting. You have to feel anguish for the people caught in such a huge event. You can see there is nowhere to turn. And apparently not a breath of wind, as if the earth is holding its breath. The upward travel of the peaks of dust show the power of the ground waves pushing it. 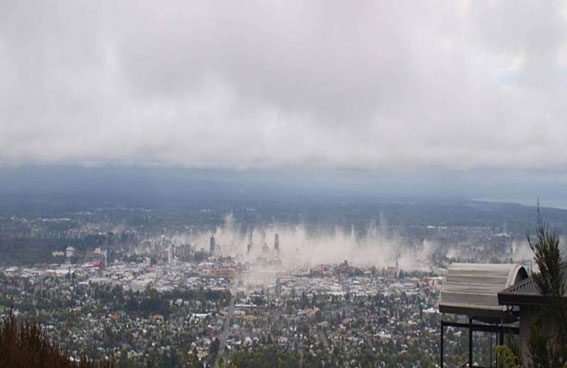 Email ThisBlogThis!Share to TwitterShare to FacebookShare to Pinterest
Posted by The Editor at 12:52 pm 0 comments

This blog themes on junk science which all too frequently underpins prohibitionist drug policies but the Bad Science site of Ben Goldacre, Guardian journalist, shows that the rot is much more widespread.

In short, it seems much of our society and many common beliefs are based on bullshit.

Goldacre did a roundup of the bullshit he detected in 2010 titled 'The year in nonsense' and it's frightening.

What the bullshitters seems to know is the exact point beyond which the average person will cease enquiring into the truth of a matter, so we see untrammelled nonsense being spread by credulous, lazy media while the swift rebuttals, often on blogs, go almost unnoticed except by enthusiasts.

It's all helped along by the deep irrationality of the human mind. It seems that if we learn something that refutes a prejudice it only deepens the prejudice; that if a crime has multiple victims we think it's less serious; and that what women musicians wear affects listeners' assessments of their skill.

One scam I knew about but never quantified is the tabloid journalist's technique of  correcting a rubbish story with some essential information in the 19th paragraph. Most readers, it seems, lose interest at about para 8 or 9 so the outright lie in the headline is accepted.

BTW for designers and layout freaks, there is some good info in that last link about how people read a page, including the fascinating info that when perusing a full length photo of a male, men's eyes will go to the penis area more often than women's. I wonder if they controlled for gayness in their sample? But I'm too time-poor to track down the original paper, so I'll just believe it!

This is paragraph 8 already, so I'll stop.
Email ThisBlogThis!Share to TwitterShare to FacebookShare to Pinterest
Posted by The Editor at 12:46 pm 0 comments 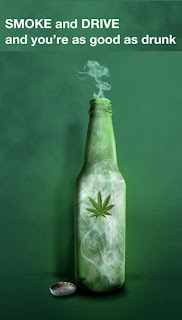 I've blogged about this before in, but NCPIC's new four-year funding and their continuing record of very questionable research projects prompts me to reproduce the text of a letter of mine published in The Age.

State governments are leaping onto the bandwagon to drug-test drivers and penalise them at least as heavily as drink-drivers, eagerly supported by National Cannabis Prevention and Information Centre (NCPIC).

Here is my letter:

Sending the wrong message
BETH Wilson muddies the waters when she writes: ''These substances are highly likely to cause accidents and deaths. The likelihood of impairment because of drugs may be three times that of alcohol.''

A recent evidence review into cannabis and driving by the National Cannabis Prevention and Information Centre concluded in part: ''There are numerous methodological limitations in the studies reviewed that may account for the great variations and inconsistencies in their findings, which detracts from the likelihood of a clear synthesis of results.''

Population studies consistently show a much smaller rate of cannabis-related accidents than for alcohol. Nevertheless, the centre and, it seems, state governments are forging ahead as if the risk for cannabis is the same as for alcohol. This risks both the misallocation of resources and miscarriage of justice if the penalties and enforcement are made equivalent.

Pleas of ''sending the right message'' are hollow when the message is inaccurate.

My phrase 'misallocation of resources' means this: The more time police spend on the drug aspect of driving, the less time they have to fight drink-driving which is a significantly greater threat to you and me. So NCPIC's inaccurate slogan "Smoke and drive and you're as good as drunk" may actually promote greater harm.

Read more »
Email ThisBlogThis!Share to TwitterShare to FacebookShare to Pinterest
Posted by The Editor at 12:37 pm 0 comments

States in bed with criminals who profit from prohibition

While it is well known that prohibition creates the turf on which organised crime operates, globalisation and new technology are enabling a frightening illegal network in which some governments ARE the criminals as detailed in a new paper by the Global Commission on Drug Policies.

Senior government officials in countries such as Russia, Albania, South Africa and Venezuela, often favourites of the President or occupying senior policing roles, have been outed as kingpins in international crime, controlling international networks smuggling drugs, weapons, dirty money and people. Drugs are probably the most lucrative of these markets.

The rule of law, human rights and democracy itself are under serious threat while relatively honest governments fight a losing battle against these global crime organisations. Such governments are hamstrung  because they operate mostly within national boundaries while their opponents operate across borders.

Read more »
Email ThisBlogThis!Share to TwitterShare to FacebookShare to Pinterest
Posted by The Editor at 12:07 pm 0 comments