Moral panic and the 'pathogenic narrative on drugs'.

Here's an interesting article describing the 'negative loop' that exists in the media and society about illicit drugs - a loop consisting of prohibition - negative media - moral panic - prohibition.

It flags the twisted basis of research into drugs in Australia (as typified by our National Cannabis Prevention and Information Centre, whose director Professor Jan Copeland has recently been getting active in online discussions, pushing her anti-cannabis stance - click the tags below for detailed stories about NCPIC).


An analysis of Australian discourse about psychoactive substance use explains this process in terms of the dominant pathogenic narrative of drugs, which limits discussion to their harm. Since Australian government funding is directed towards research that seeks to provide evidence of drug-related harm, the pathogenic narrative is self-reinforcing.

The article also explores the growing awareness that psychedelic drugs are not as dangerous as popular mythology holds and in fact may be very useful in treating some mental illnesses, especially MDMA's usefulness in treating post traumatic stress disorder (PTSD).
Email ThisBlogThis!Share to TwitterShare to FacebookShare to Pinterest
Posted by The Editor at 10:27 am 0 comments

Sometimes live action video gets the message across better than words, words, words. Here's footage of a street dealer threatening people in a coffee shop when the ban on selling cannabis to tourists was lifted in Maastrecht and the dealer lost his customers. Then he is pursued, maced, arrested but still not charged.

Email ThisBlogThis!Share to TwitterShare to FacebookShare to Pinterest
Posted by The Editor at 12:13 pm 0 comments

Forget the hysteria, these are the real relative harms of drugs

The South China Morning Post has reported on the polarised cannabis debate in Hong Kong, where penalties for using it run to a HK$1 million fine and seven years in prison.

But the chart above puts the 'problem' into perspective (noting that, even in this analysis, the benefits of any of these drugs are not considered - itself a form of bias). Ignoring evidence and logic, the government remains staunchly conservative:


"A dangerous drug is a dangerous drug. We have a zero-tolerance policy," says Commissioner for Narcotics Erika Hui Lam Yin-ming.

But the SCMP report broaches a broader reality:


In 2010, the British medical journal the Lancet published a study on how harmful 20 different substances, from alcohol to cannabis to heroin, were to users and to people around them in the UK. The study put alcohol at the top of the list, followed by heroin, crack cocaine. Several others including tobacco, came in above cannabis.

The scientific journal Nature published a review in January that said old research that had shown a link between long-term cannabis consumption and decreasing IQ among users no longer held water.

Email ThisBlogThis!Share to TwitterShare to FacebookShare to Pinterest
Posted by The Editor at 9:46 am 0 comments 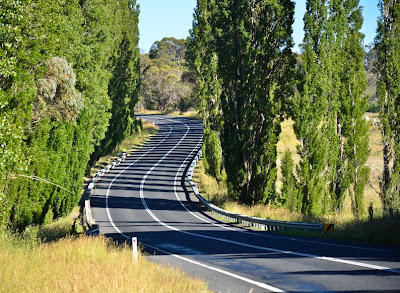 Early, tentative research shows a significant drop in road deaths in US states with legal medical cannabis. Who'd a thought?
Email ThisBlogThis!Share to TwitterShare to FacebookShare to Pinterest
Posted by The Editor at 5:39 pm 0 comments

Links to this post
Labels: Drugs and prohibition, Stoned driving

US Attorney-General pulls back from the War on Drugs

In a speech to the American Bar Association, US Attorney-General Eric Holder broaches a significant admission that the War on Drugs is ineffective and unsustainable:


As we come together this morning, this same promise must lead us all to acknowledge that – although incarceration has a significant role to play in our justice system – widespread incarceration at the federal, state, and local levels is both ineffective and unsustainable. It imposes a significant economic burden – totaling $80 billion in 2010 alone – and it comes with human and moral costs that are impossible to calculate.

As a nation, we are coldly efficient in our incarceration efforts. While the entire U.S. population has increased by about a third since 1980, the federal prison population has grown at an astonishing rate – by almost 800 percent. It’s still growing – despite the fact that federal prisons are operating at nearly 40 percent above capacity. Even though this country comprises just 5 percent of the world’s population, we incarcerate almost a quarter of the world’s prisoners. More than 219,000 federal inmates are currently behind bars. Almost half of them are serving time for drug-related crimes, and many have substance use disorders.

Holder goes on to outline plans to move away from mandatory sentencing, increase compassionate release and boost drug treatment programs. It's a small enough start and runs the danger of diluting anti-prohibition campaigns - but as Holder points out, the measures appear to have cross-party support (as well as being driven by GFC-related budget cuts). You've gotta start somewhere.

Email ThisBlogThis!Share to TwitterShare to FacebookShare to Pinterest
Posted by The Editor at 1:29 pm 0 comments

Links to this post
Labels: Drugs and prohibition, Federal politics

Killing people in the name of prohibition is disgusting

This perceptive story in The Guardian clearly illustrates how barbaric the death penalty really is. Writer Brigid Delaney references the execution of Van Nguyen in Singapore, recently dramatised in Better Man on SBS.

But even this story, like all too many in the media, fails to name prohibition as a key driver of this violence. Delaney argues:


There is the argument that trafficking drugs leads to the death of countless others who use your drugs, and that death is a just punishment.

She rebuts it with this excellent quote from Auberon Waugh:


Judicial execution can never cancel or remove the atrocity it seeks to punish; it can only add a second atrocity to the original one … So long as one sees killing as wrong there is no need to waste time with the deterrent argument, since it would be nonsense to try to prevent a theoretical evil in the future by perpetrating an actual one in the present.

While that is succinctly put, it fails to address the key fallacy in the original argument - that it is prohibition itself that causes most drug-related deaths, not the drugs. Those who don't yet understand why this is should read this short article, which puts it simply.

Also not mentioned is my own first objection to execution: the very real possibility of a false verdict, leading to the state murdering an innocent person after putting them through the horror of Death Row.

Nevertheless, Brigid Delaney's story is an eloquent condemnation of the death penalty and I commend it.

And Nguyen's case is only the tip of the iceberg - see my previous post on this topic: War on drugs still killing and incarcerating.
Email ThisBlogThis!Share to TwitterShare to FacebookShare to Pinterest
Posted by The Editor at 12:42 pm 0 comments

The circular logic of prohibition

We prohibit a ‘bad’ drug on the rationale that it is dangerous, and then construct social policies that assure high risks related to the drug’s use - William L White

That just about sums up the circular logic of prohibition, as illustrated by the current rash of police warning people not to take illicit drugs because you never know what's in them. If that's the main reason not to take them, prohibition is clearly the problem.

The book is summarised nicely by blogger David Clark who lists some of the ways prohibition makes drugs more dangerous and describes this as immoral:

In essence, technology is being withheld in order to keep the risk of prohibited drug use high, in the hope it will deter use. This is morally wrong. The price of this approach is that people contract disease and die not because of the drug, but because of the social policy that prevents society from reducing risks associated with its use.

The irony is - and here we revisit the circular logic of prohibition - that the foundation of prohibition is always a 'moral' one (even if you ignore the religious element in the movement). Writes Clark:


The drug and its users are held responsible for a number of problems in society, and the survival of society can be portrayed as being dependent on prohibition of the drug. The drug, dealers and even users are viewed as ‘evil’, corrupting our young people. Anyone questioning these statements is attacked and sometimes characterised as part of the problem that needs to be eliminated.

This stigma then makes it harder for addicts to recover. This prompts prohibitionists to argue for even more prohibition, and the cycle goes on.
Email ThisBlogThis!Share to TwitterShare to FacebookShare to Pinterest
Posted by The Editor at 11:03 am 0 comments