The National Cannabis Prevention and Information Centre is not funded to provide balanced information according to its director, Professor Jan Copeland.

Prof Copeland revealed this to a reporter from The City News who asked her why the Centre failed to provide information about the medical uses of cannabis.
“The free national cannabis information and helpline is not targeted at those who seek information on possible medicinal uses of cannabis and is not funded for this purpose,” Prof Copeland is reported as saying.
In other words, the Centre is tasked to provide only one side of the story. This of course makes a mockery of its claim to be 'evidence-based' as it relies only on negative evidence and must ignore positive evidence – evidence which is sufficient to have persuaded 14 states in the US to legalise medicinal cannabis, because it has been found to help people suffering a number of serious diseases including multiple sclerosis, post-traumatic stress syndrome and cancer.
A tagline on NCPIC's homepage coyly acknowledges this: "evidence-based information and related harms", it says (my bolding).
This makes a mockery of the term 'evidence-based' because if you acknowledge only the negative evidence about ANYTHING you create an unbalanced picture of it. Imagine researching cars, looking only for harms. Or football, or mountain-climbing. Focusing on only the negative aspects of any of these things (which are far more 'harmful' than cannabis) makes it easy to produce a horrifying picture of death, disease, violence and incapacitation. In other words, demonisation.
So it's fair to say NCPIC, a leftover from the John Howard years, has no more credibility than any political propaganda machine and people should balance its offerings with less one-sided sources of information, such as the myriad links via this site.
We acknowledge that there are harms to cannabis, so in that crucial sense The Kings Cross Times is more balanced and credible than NCPIC.
Just to prove it, we link to NCPIC above. For a really good look at some full-on prohibitionists check Drug Free Australia's site -- then compare their information to some of the other sites linked in the right-hand column. Then there's the Scientology anti-drug site Drug free Ambassadors, members of whom I encountered dressed in identical clothing running around Kings Cross distributing an anti-ecstasy booklet that was almost laughable in its panic-mongering. Ironically the warcry of this bunch of clones was "think for yourself, don't follow the crowd".

Below is a very scientific Scientology graphic illustrating the evils of ecstasy. It's rather good, don't you think? 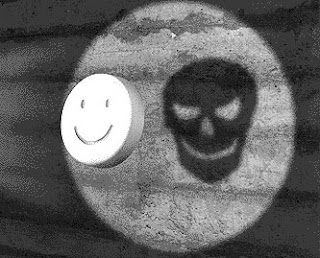 Email ThisBlogThis!Share to TwitterShare to FacebookShare to Pinterest
Posted by The Editor at 5:30 pm

Unless the NCPIC show ALL the science, the government should withdraw all funding immediately. As a taxpayer, i don't want to support blatent propaganda, let the scientologist and other whackos pay for it.
The University does itself quite a bit of damage in my eyes, by allowing NCPIC to use it as a base of operations. I was under the impression that Universities were places of science and learning, not political propaganda and junk science.
I wonder how long it will be until this US driven war on drugs comes to an end? It achieves nothing but increasing prison populations and diverting resources away from real drug treatment.
This is such a frustrating subject, prohibition seems to have ZERO positive, and unending negative outcomes.