Anti-marihuana ad out of its depth 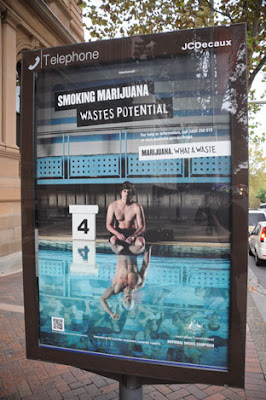 What have the creatives in the government's ad agency been smoking? Not to mention the apparatchiks who approved it. Do they have short-term memory problems?

Pictured is the latest attempt from the feds to deter young people from using cannabis. It shows a good-looking but plumpish guy squatting sadly above a swimming pool. His reflection shows the pumped superstar he might have been if he hadn't succumbed to the dreaded weed and lost his potential.

But, coming not long after pictures of the world's top-scoring Olympic swimming medallist Michael Phelps toking on a bong (below), it lacks a certain...  credibility. Don't you think? 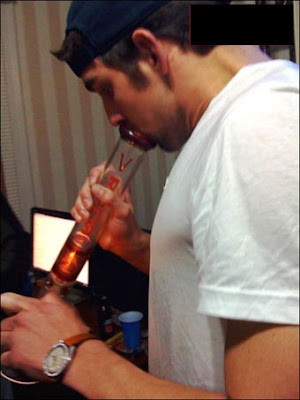 Email ThisBlogThis!Share to TwitterShare to FacebookShare to Pinterest
Posted by The Editor at 10:08 pm