I meet a Dr Who companion 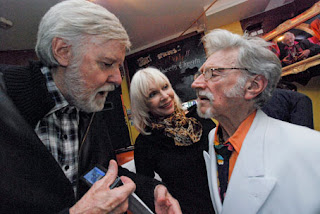 Having watched Dr Who religiously since about 1963 I was thrilled to find I had met a real live Dr Who companion, one of those attractive and plucky girls always a focus of my frustrated adolescent sexuality.
"Jo" was Jon Pertwee's Dr Who companion in the very early 1970s and later in real life married Barry Crocker, Sydney entertainer, singer & movie star.
I have met Barry a couple of times at local jazz gigs and we have been exchanging photos -- he gets a great shot, too. He travels with a look-twice blonde who I had not spoken to until the other night at Jazz@Joes. She was slightly interested in my attempts to get some art shots of raindrops on a car roof (one of those drunken inspirations that don't work out!).
I gathered they were married and her name was Katy but now I'm told she is THE Katy Manning from Dr Who! I did some Googling and sure enough -- they are one and the same person.
I know, I know -- it's beneath this blog to descend to celeb goss but hey... it's Jo from Dr Who!
Hi there Katy -- hope you don't mind my enthusiasm!
Pictured above are Barry and Katy with Edwin Duff. (There's something Dr Who-like about the shot, come to think of it.) Below are some BBC stills of Jo and Jon in the days. Check the uniforms of the soldiers in the first pic -- and Jo's trendy stripy top, groovy belt and tights in a lower shot. And last of all -- the unattainable delights of of my teenage angst! 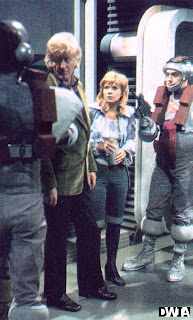 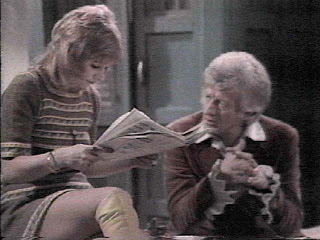 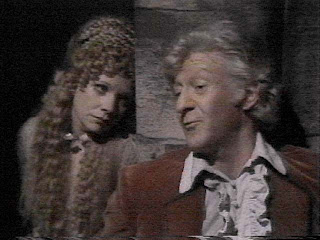 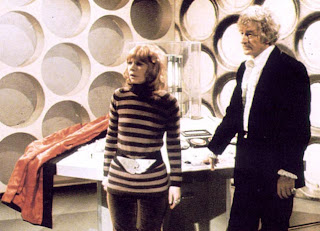 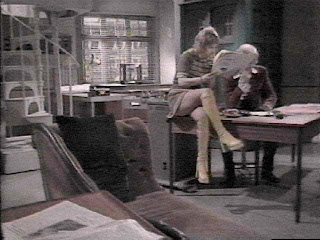 Email ThisBlogThis!Share to TwitterShare to FacebookShare to Pinterest
Posted by The Editor at 4:44 pm