God's not listening, so who is talking back? 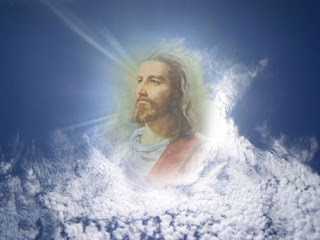 A Cochrane Review on the effectiveness of intercessory prayer on ill people has found statistically insignificant results. So if God isn’t listening, you have to wonder who is talking back to those who claim to receive His word. Could they just be hearing voices from their own imagination? Is this a mild form of psychosis?
I've often wondered about the stupidity of the Christian school praying for fine weather for their sports day while next door an equally pious farmer is praying for rain. How is even an omnipotent god going to decide that one?
The plain-language summary concludes:

Intercessory Prayer for the alleviation of ill health
Intercessory prayer is a very common intervention, used with the intention of alleviating illness and promoting good health. It is practised by many faiths and involves a person or group setting time aside to petition God (or a god) on behalf of another who is in some kind of need, often with the use of traditional devotional practices. Intercessory prayer is organised, regular, and committed. This review looks at the evidence from randomised controlled trials to assess the effects of intercessory prayer. We found 10 studies, in which more than 7000 participants were randomly allocated to either be prayed for, or not. Most of the studies show no significant differences in the health related outcomes of patients who were allocated to be prayed for and those who allocated to the other group.

Image: Anglo-Saxon Jesus in the clouds by me.
Email ThisBlogThis!Share to TwitterShare to FacebookShare to Pinterest
Posted by The Editor at 1:26 pm

Before Going to the Father, Jesus Intercedes for His Followers
John 17:6-26

6 I have manifested thy name to the men whom thou hast given me out of the world. Thine they were: and to me thou gavest them. And they have kept thy word.

7 Now they have known that all things which thou hast given me are from thee:

8 Because the words which thou gavest me, I have given to them. And they have received them and have known in very deed that I came out from thee: and they have believed that thou didst send me.

9I pray for them. I pray not for the world, but for them whom thou hast given me: because they are thine.

10 And all my things are thine, and thine are mine: and I am glorified in them.

12 While I was with them, I kept them in thy name. Those whom thou gavest me have I kept: and none of them is lost, but the son of perdition: that the scripture may be fulfilled.

13 And now I come to thee: and these things I speak in the world, that they may have my joy filled in themselves.

17 Sanctify them in truth. Thy word is truth.

19 And for them do I sanctify myself, that they also may be sanctified in truth.

20 And not for them only do I pray, but for them also who through their word shall believe in me.

21 That they all may be one, as thou, Father, in me, and I in thee; that they also may be one in us: that the world may believe that thou hast sent me.

22 And the glory which thou hast given me, I have given to them: that, they may be one, as we also are one.

23 I in them, and thou in me: that they may be made perfect in one: and the world may know that thou hast sent me and hast loved them, as thou hast also loved me.

26 And I have made known thy name to them and will make it known: that the love wherewith thou hast loved me may be in them, and I in them.

He shall cast death down headlong for ever: and the Lord God shall wipe away tears from every face, and the reproach of his people he shall take away from off the whole earth: for the Lord hath spoken it.(Isaiah 25: 8)

18 To whom then have you likened God? or what image will you make for him?

19 Hath the workman cast a graven statue? or hath the goldsmith formed it with gold, or the silversmith with plates of silver?

20 He hath chosen strong wood, and that will not rot: the skilful workman seeketh how he may set up an idol that may not be moved.

22 It is he that sitteth upon the globe of the earth, and the inhabitants thereof are as locusts: he that stretcheth out the heavens as nothing, and spreadeth them out as a tent to dwell in.

23 He that bringeth the searchers of secrets to nothing, that hath made the judges of the earth as vanity.

24 And surely their stock was neither planted, nor sown, nor rooted in the earth: suddenly he hath blown upon them, and they are withered, and a whirlwind shall take them away as stubble.

25 And to whom have ye likened me, or made me equal, saith the Holy One?

26 Lift up your eyes on high, and see who hath created these things: who bringeth out their host by number, and calleth them all by their names: by the greatness of his might, and strength, and power, not one of them was missing.

27 Why sayest thou, O Jacob, and speakest, O Israel: My way is hid from the Lord, and my judgment is passed over from my God?

28 Knowest thou not, or hast thou not heard? the Lord is the everlasting God, who hath created the ends of the earth: he shall not faint, nor labour, neither is there any searching out of his wisdom.

29 It is he that giveth strength to the weary, and increaseth force and might to them that are not.

30 You shall faint, and labour, and young men shall fall by infirmity.

31 But they that hope in the Lord shall renew their strength, they shall take wings as eagles, they shall run and not be weary, they shall walk and not faint. (Isaiah 40:18-31)

31 For the Lord will not cast off for ever.

32 For if he hath cast off, he will also have mercy, according to the multitude of his mercies.

33 For he hath not willingly afflicted, nor cast off the children of men. (Lamentations 3:31-33)

Blessed are the meek: for they shall possess the land. (Matthew 5:4)

Thanks for the polite input, Christians. It's free speech on this blog. I like the bits quoted about Mercy.

However other parts of the Bible are not so nice. Do you guys agree with the following quote?:

Your male and female slaves are to come from the nations around you; from them you may buy slaves. You may also buy some of the temporary residents living among you and members of their clans born in your country, and they will become your property.

I've recently read a study that proved the opposite of what was said in this post. According to that study, unfortunately I don't remember where I read it at this moment, but it stated that the group that was prayed for had a significant improvement compared to the group that wasn't prayed for.

As the Cochrane Review I quoted said, some studies did show that intercessory prayer worked. But the majority did not. It would be nice if it did work but I have always found that 'God helps those who help themselves.' Or as the Arabs say, 'Trust in God but always tie up your camel'.

And I'd still like to see how God would solve the dilemma I mentioned, between the school that prays for a fine day vs the farmer next door who prays for rain.

I'm not anti-Christian. I know some admirable Christians, the sort who take to heart Jesus' teachings about compassion and tolerance. But they do seem to be a very small minority in my experience.